Here at RSJ, we want you to get to know us, as much as we want to get to know you. This is a little insight into part of the RSJ team – the lads that make RSJ what it is. They’re the ones you’ll see working on your project on a daily basis, so it’s only right you know a little about them.

An introduction to the RSJ Team:

Meet Reece. Reece is our Gas Engineer. He is the “go to guy” for anything heating or boiler related. If Reece can’t sort it, nobody can!

Reece is relatively new to RSJ, he’s been with us for just 10 months, so is the baby of the RSJ team! He has a beautiful baby daughter and has recently got married to the love of his life on 27th October 2017.

He enjoys football, which is strange considering he supports Leeds United! Guess someone’s got to!!

Meet Sean. Sean is our resident plumber. He plumbs in your new sanitary ware, and diagnoses and repairs troublesome leaks. Sean can turn his hand to other trades too, such as joinery, plastering and tiling.

Sean has been with the RSJ team for 4 years now, so he’s really experienced and always prepared for anything that we spring on him! Sean has a passion for nice cars and loves a good curry. He can often be found in Westbourne Spice face down in a chicken tikka masala!

Name: Martin. Or “Marvellous Martin” affectionately known as the latter due to his usual morning reply to “How are you Martin?” “Marvellous”. 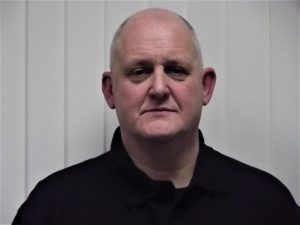 Martin is the oracle of the building industry, his passion is tools and he is always buying the latest gadget. He also loves to go on holiday much to our dismay! He’s been with RSJ for about 3 years, and isn’t allowed to leave!

Martin is a really great guy who always goes the extra mile to make the best possible job.

Big Galv is another top class tradesman who is also a site foreman/team leader. He has been with the company since the beginning.

Totally dedicated to his work, which comes second only to his love of food. Food is a huge passion of Big Galv’s and he often eats out, whilst educating the lads on how good food is.

Wayne is the RSJ pet puppy, not that he’s a baby (he’s well old) but because of his kind and gentle nature with a love of humour, he is forever trying to convince us he should have been on stage.

Wayne is RSJ through and through, and will go above and beyond to help RSJ and their clients.

Stan the man if he can’t dig it no one can. Stan is our all round tradesman, he loves his diggers and generally getting mucky. He will put his hands where most wouldn’t! Stan has been in and around RSJ since forever and is one of the hardest working people you will meet. Always happy and can never do enough to help the clients out.

Personally, he loves the outdoors and is into walking. He would be the one to pick if you were playing the “who would you want with you if you were stranded on a desert island” game.

Matty is the baby of the team, although he is 6′ 3” and towers over some of the team! Matty is the apprentice of 2 years, and has now pushed into his 3rd year.

He loves joinery and is striving to become as good as his big brother James (Big Galv).

Has one lovely son Oliver and his partner Hollie.

We feel really blessed to have such a fantastic team of highly skilled trades people who are not only amazing at what they do, they love what they do! This reflects in all their work, which in turn makes for happy clients. You can hear from some of our happy clients in our testimonials.

Although there are advantages of two or more children sharing a space,…

Convert your garage into a kitchen!

Are you looking to convert your garage into a kitchen? Read on…

Planning your loft conversion – part 3 & 4. This blog about…

0 Comments on "Meet The RSJ Team."

View our latest work and take inspiration for
your own loft or garage conversion project.